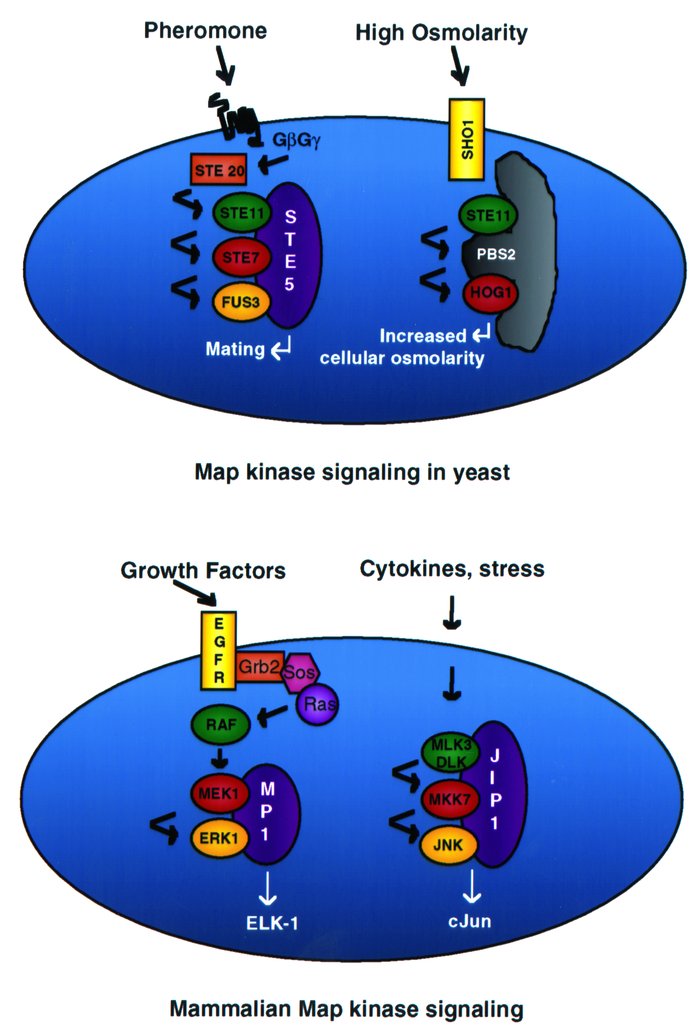 MAP kinase scaffolding. A schematic representation of proteins involved in scaffolding yeast and mammalian MAP kinases. () The yeast pheromone mating response is initiated through G protein–linked activation of the kinase Ste20. This leads to stimulation of a MAP kinase cascade composed of Ste11, Ste7, and Fus3, all of which are bound to the scaffold Ste5. Osmotic regulation results from activation of the receptor SHO1, which initiates a phosphorylation cascade of Ste11, Pbs2, and HOG1. The signaling molecules are targeted to SHO1 through interactions with Pbs2. This cascade prompts the cell to increase cellular osmolarity in response to external conditions. () Localization of adapter proteins, such as GRB2, with signaling molecules mediates growth factor stimulation of the RAF/MEK/ERK kinase cascade, which is scaffolded through interactions with the adapter protein MP1. Additionally, JIP-1 sequesters MLK3/DLK, MKK7, and JNK for response to cytokine or stress signaling. , mitogen-activated protein.